Little Misfortune follows a little lady by the name of Misfortune as she hears a mysterious voice in her head. To us, this voice is the narrator as he acknowledges our existence, but to Misfortune he’s Mr. Voice. Mr. Voice has prepared a game for Misfortune and if she agrees and reaches the end of the game, she’ll gain eternal happiness. Misfortune agrees without a second thought, after all he’s just a voice, and plans to give eternal happiness to her mom. Before she leaves, Misfortune takes her trusty glitter and either her pet rock or her unicorn to accompany her. However, Mr. Voice is suspicious, especially when Misfortune starts getting weird flashes of another dimension. 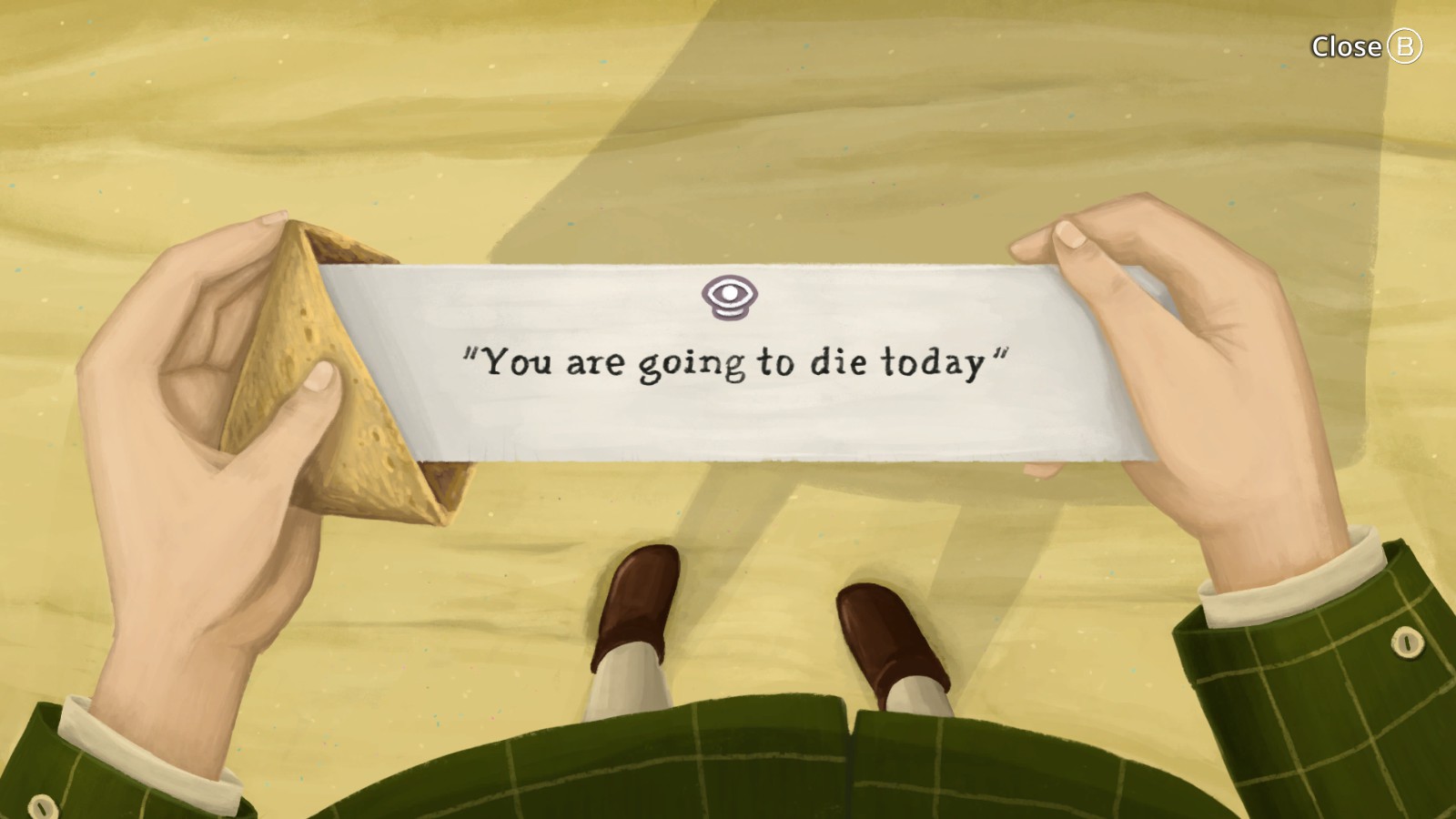 As Misfortune journeys outside to play Mr. Voice’s game, you’ll control the choices Misfortune takes. This can range from deciding to break up a fight to choosing whether or not you want her to play something. At the beginning, Mr. Voice tells us that each choice has a consequence and while that’s true, most of them have small consequences compared to what you may assume. Some does have Misfortune go through an alternate route, but others happen quick and have a brief mention later on. Other than that, there are a couple minigames that Misfortune can play and a few easy-to-solve puzzles. 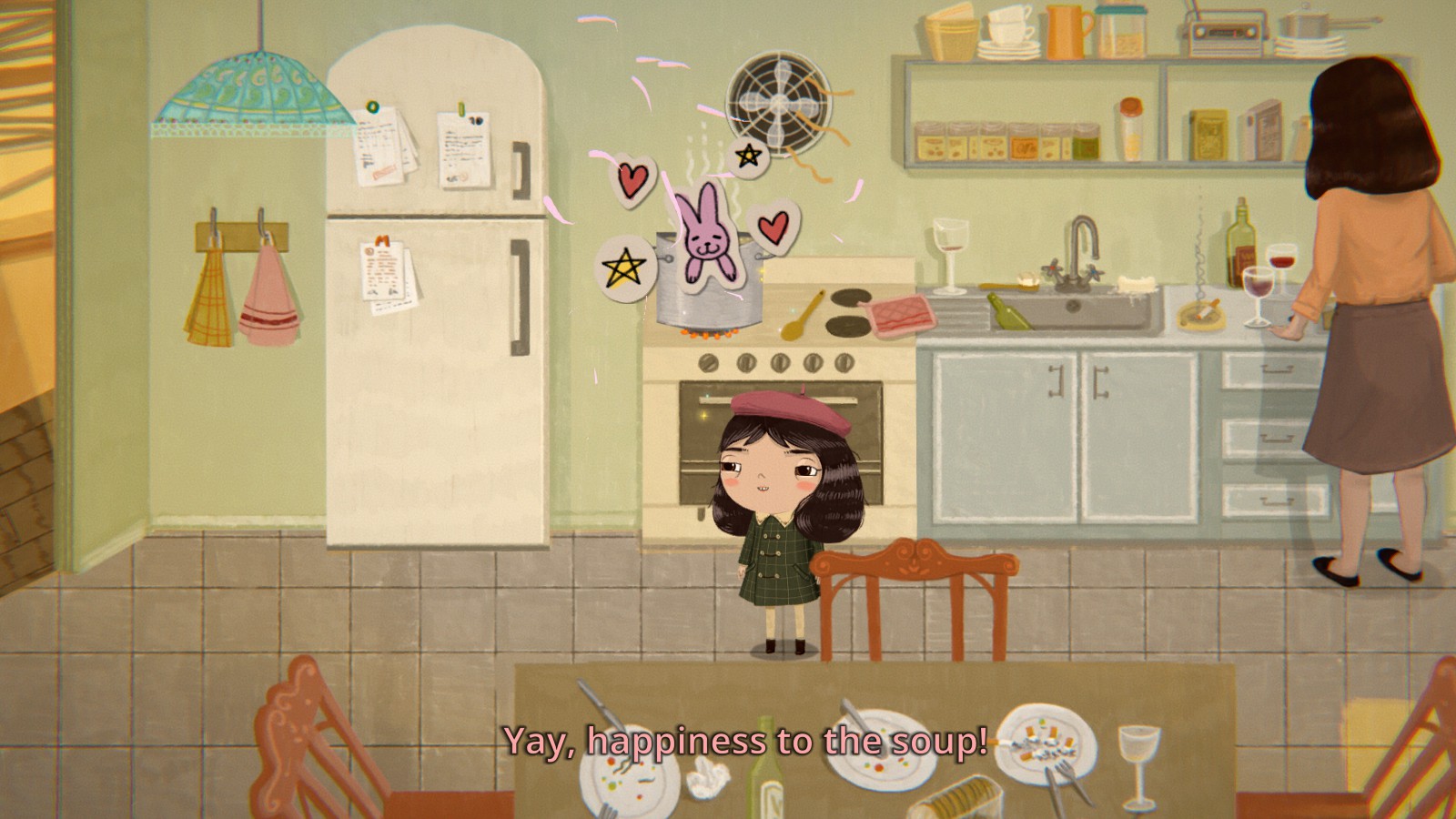 There are three different collectibles Little Misfortune has and they are all pretty easy to get. First there are the runestones, which are mainly for lore purposes. Then we have dolls, which are also for lore purposes, but some of them are more hidden. If you’re looking to interacting with everything and doing everything, this won’t be a problem, but there are some missable ones. Lastly, Misfortune has a little habit of throwing glitter on everything (or sparkling) that makes her, or anyone, sad since it generally makes her happy. So throughout her journey, you’ll have a handful of things that you can sparkle and it will cause cute drawings to overlap the object. Getting all the sparkles will unlock an additional scene at the end of the game. Perhaps it would have been better if Little Misfortune didn’t make a point on how each choice has consequences multiple times. 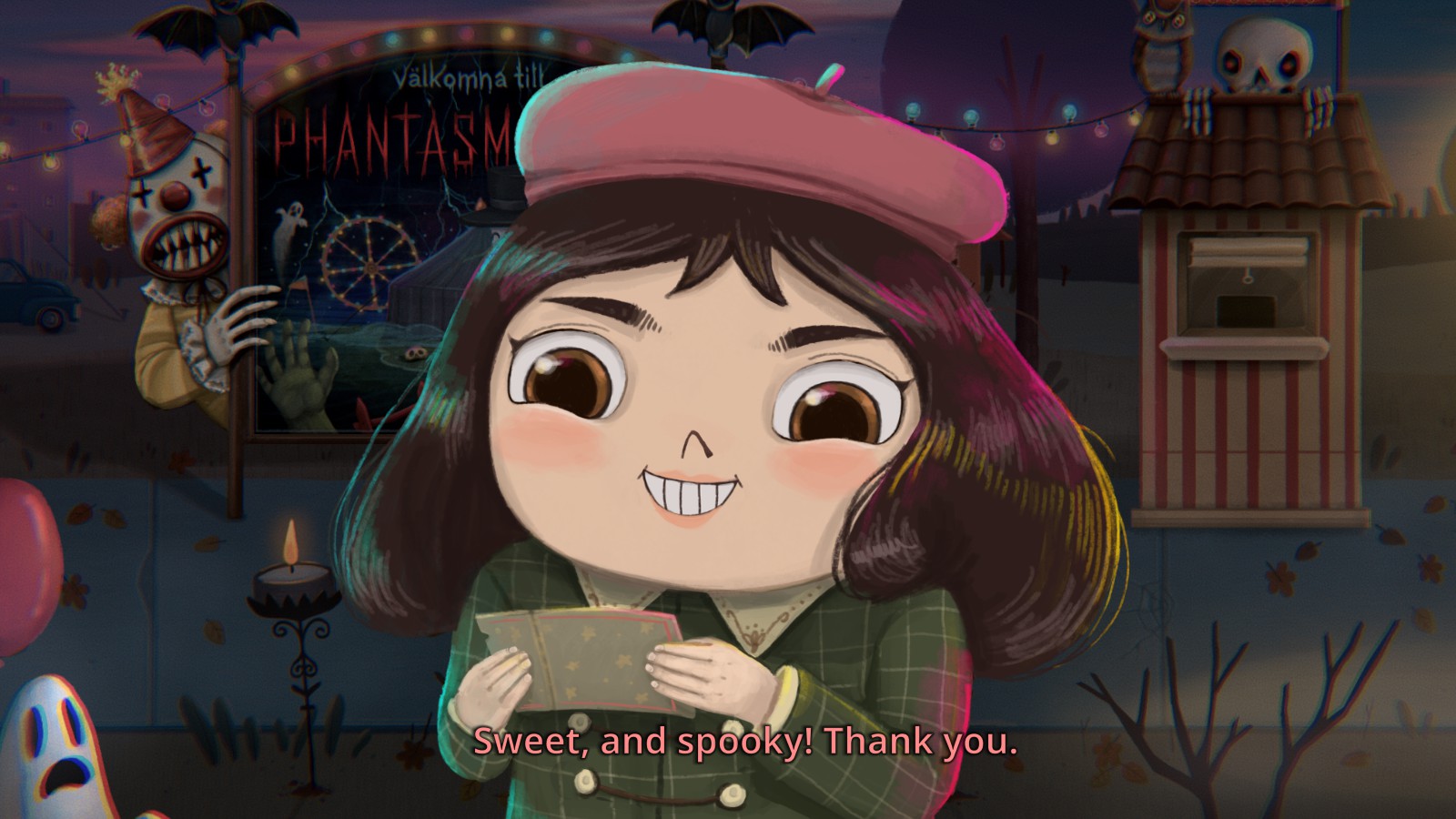 The humor here is a mixed bag. There were some points that made me laugh, like Mr. Voice throwing a slingshot into the scene, but a lot of the humor (and story beats) focuses on Misfortune getting hurt, puking, or running into things that an 8 year old really shouldn’t run into. It even has the dreaded fart and poop jokes thrown in.

Little Misfortune will not disappoint in the art department as the art style works well with the story being told. Each area and character are beautifully drawn and animated (yes animated!) like it’s a storybook. In addition, we actually have some voice acting! While Misfortune’s voice has the possibility of being annoying to you, it’s one of those voices where you easily get used to after a couple lines. Nonetheless, Misfortune’s voice makes her even cuter. While Mr. Voice made a perfect narrator and a voice that you could easily trust at the start. 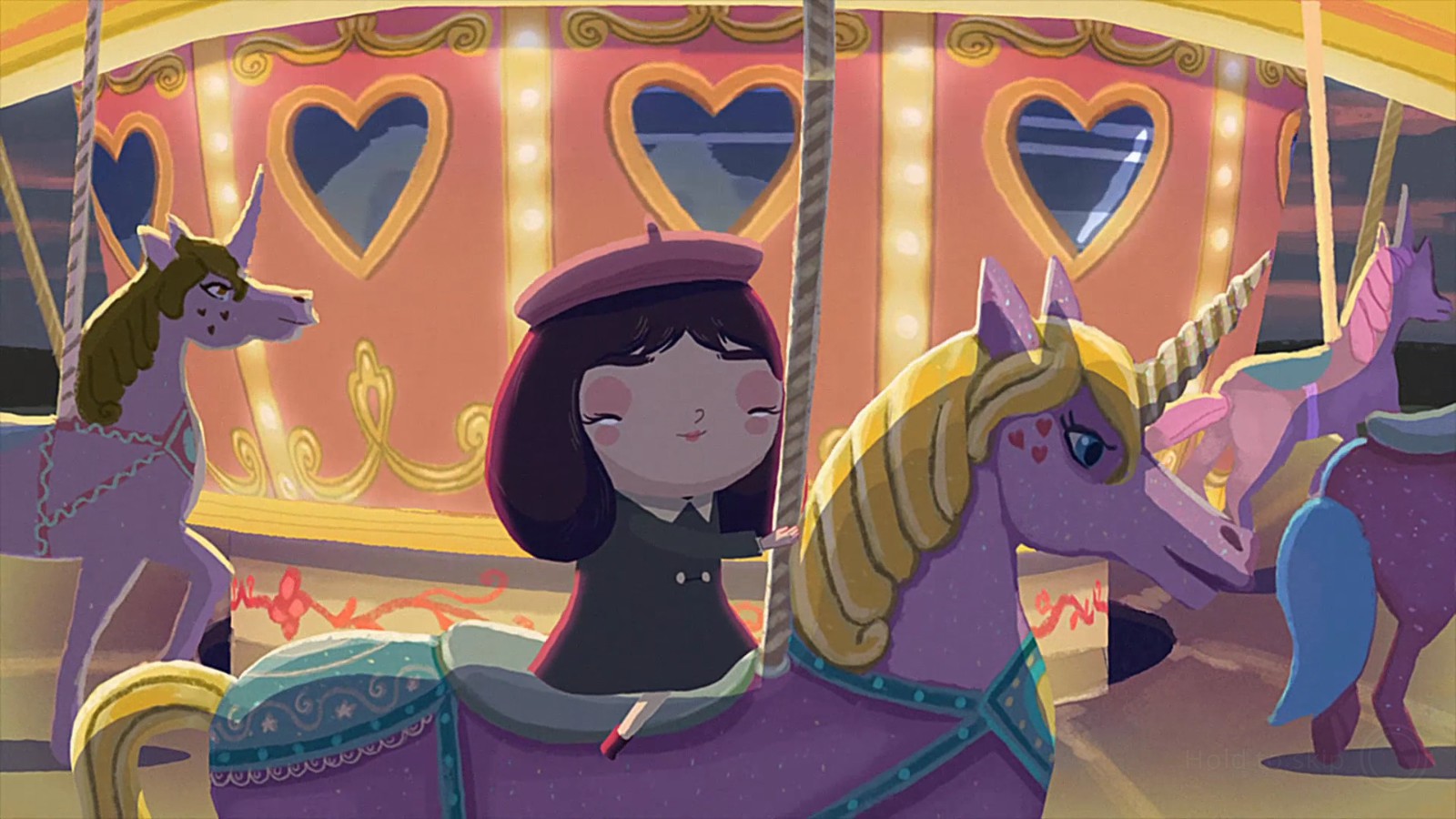 Little Misfortune is not a bad game at all as it’s overall alright. While it is an interactive story and the humor is mainly focused on Misfortune’s, well, misfortune, the game is adorable and does well with balancing the dark aspects with the happy atmosphere. Considering that Little Misfortune is only 2-3 hours long, I do recommend waiting for a discount if you’re looking for the most bang out of your buck. In addition, if you’ve played Killmonday’s other game, Fran Bow, don’t expect it to be similar.