Way of the Hunter Review (PS5)

To be honest, I never hunted in real life (I only really lived in a rural area for a couple years anyway) and the closest I really get is in video games. I haven’t played a game focused solely on hunting, let alone one that focuses on being realist, but I have to admit I was a bit interested. After all, how do you know you don’t like a genre without playing a game from that genre? When I heard about Way of the Hunter I was stuck in a loop of uncertainty, but the Explanation Trailer did push me to try it out in the end.

Way of the Hunter has a campaign mode you can play through, but you aren’t required to play through it if you don’t want to past the tutorial (as the tutorial is part of the campaign). The story here is okay, the character you play is River who is on his way to his Grandpa’s hunting lodge. It’s been years since he’s been at the lodge, as his father did not like him hunting, but with his Grandpa being out of commission for a while (which I’m assuming is due to a health issue) he decided to help out. River seems to get back into hunting pretty quick and he soon takes up orders from restaurants interested in buying ethically hunted meat. There is also some B story about a rapid rumor spreading around about a disease spreading in the area you’re in as well, which is making hunting unpopular the more it spreads. Though, that doesn’t mean restaurants won’t still put in orders for meat.

Once you hit some story milestones, you’ll also be sent comics by River’s Grandpa. These are used to give us some backstory on River, like how he got into hunting, the friends he made while visiting his Grandpa, and why he stopped hunting (or more accurately how he was caught).

Like said before, you don’t have to continue on with the story past the tutorial if you don’t want to. From what I can gather, this mainly gives you a way to get boundary passes through completing missions rather than buying them (plus you can always just skip over the story if it’s not interesting to you anyway).

Of course, a lot of your time will be hunting whatever animal you feel like or what your objective calls for. There is going to be a lot of downtime if you’re someone that’s going into this as your first hunting game. After loading up on guns that best suit your prey and other gear, it’s time to head to the area they usually hang out at. There is a jeep for long distances (that weirdly has no music despite the radio being on), but considering it can scare animals you do need to stop far enough away from the area you’re going to. So get ready to walk a bunch, as well as crouch walk. I found that some animals, like deer, will get spooked even from 200 miles away (which I feel is off, but I’m not a hunter here). There is some prep to do beforehand, like finding out which areas they hang around and where they eat and drink. This is where you can either play the waiting game or try to track them with, well, the tracks they leave behind. Of course, it’s best to know what their schedule is roughly (and luckily the animal encyclopedia does help here).

When your prey is in your area, it’s time to be careful. If you can see them, then you’re at risk of spooking them away. You can wait to see if they get closer to you, like if you’re up in a hunting post, or you can get closer yourself. Crouch walking to lower noise while also avoiding branches and hiding in tall grass whenever you can. And when you’re close enough to where you’re confident enough you can make the shot, it’s time to line it up. Equipping the rifle or shotgun you brought, lining up the shot, zeroing and zooming in, take a breath, and shoot. Depending on what you’re hunting, and where your shot landed, you’ll need to track that boy down by it’s blood so you can harvest it (which basically means either selling it or keeping it to taxidermy it).

To help you out, there is a Hunter Sense that you can activate. This basically helps those that need more assistance through aspects that are harder to understand if you don’t already have experience in these things. Only available when standing still, this highlights animal tracks (including blood), need zones, where noises are coming from, and various information when looking through binoculars and a scope like the distance, what animal species it is, their current behavior, age, and trophy rating so you know who to cull if you’re trying to raise the trophy rating of the herd (which is an interesting system here). If you want to go as realistic as possible, making the game more difficult as a result, you can disable the UI and Hunter Sense. Along with this, playing the game will have you work towards various perks (like increasing how long you can hold your breath or increasing how silently you move).

When you claim an animal, you get quite a bit of info. I found this pretty cool. You get a bullet camera so you can see the path of the bullet and what it ended up hitting, info about that animal, and your hunt rating. It is honestly really cool watching how good (or bad) your shot was as you see the path it took.

In terms of how friendly it is for those new to the genre, it’s so-so. The tutorial is through these encyclopedia entries that gives you a basic rundown, with more information being in the entry itself. In the long run you should read through them so you can get better, but I do think the game does give you enough to get an understanding of how to play and hunt well. I, personally, didn’t have much trouble other than being impatient and not being a good shot.

This looks so crazy haha

Way of the Hunter is buggy though, so you might want to hold off a bit, keeping an eye on bug fixes and such if you want to play with as few bugs as possible. What I’ve personally encountered might land more in features not working as intended, but I did feel the sound is off on wind and water (like it’s too loud at times, that or I’m encountering the sound bug that I’ve heard about), animals often see through terrain, River also seems to see through terrain whenever a mission has a voice line he says when spotting the target (like River spotted a deer…despite there being no deer in sight), either animal noises aren’t present or too quiet against the ambient noise, and I have had bodies of water visually disappear when I’m on visual quality mode. There are more serious bugs, like blood trials and animal corpses disappearing, but as far as I know I didn’t run into these bugs. The developers are working on bug fixes, so that’s good and hopefully they can get things ironed out soon.

Also, while Way of the Hunter is gorgeous, there is a lot of pop-ins and model switching both in visual and performance mode if it’s something that bothers you. 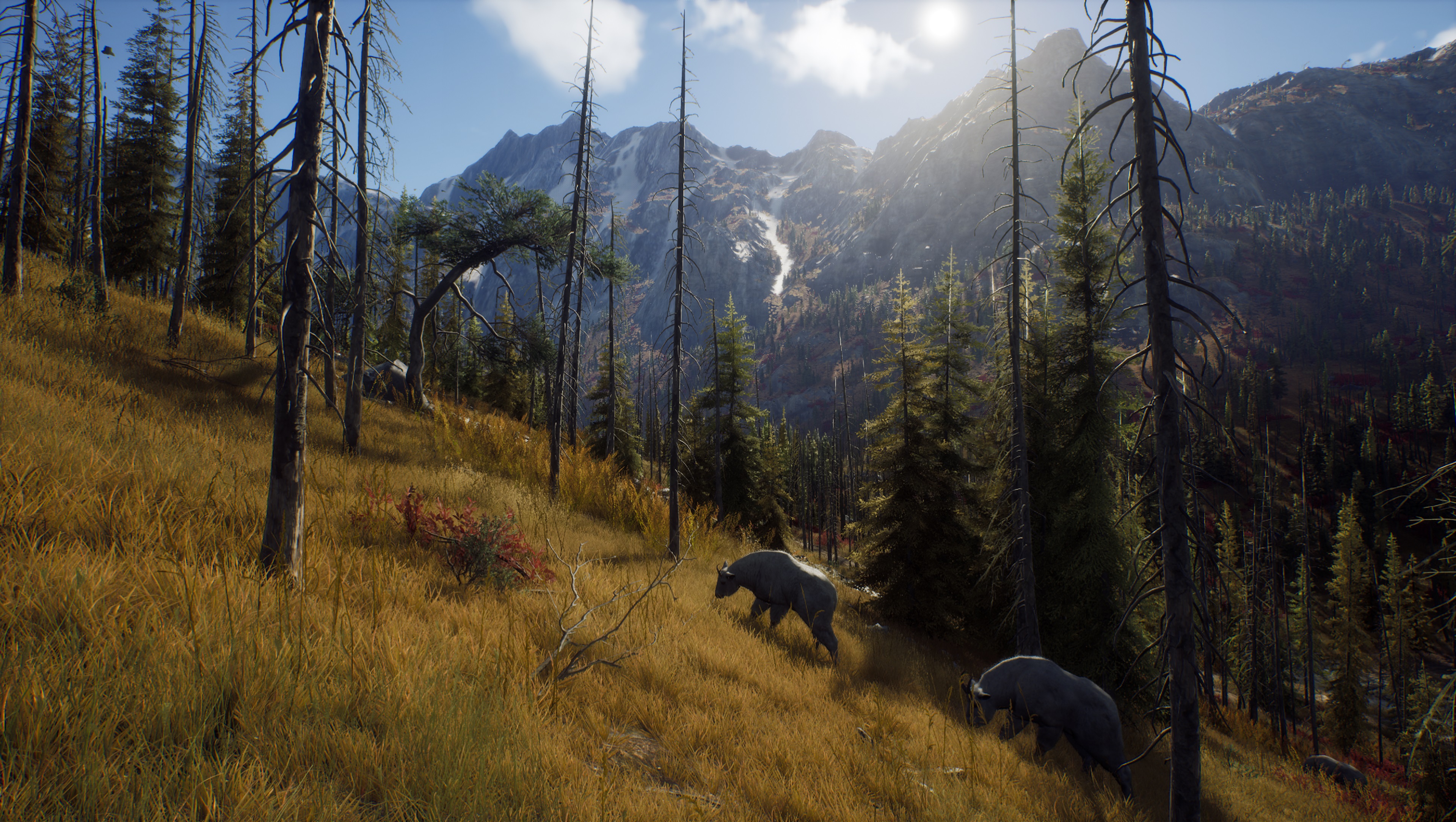 If there’s one thing I learned from Way of the Hunter, that I can use irl, is that I don’t really like the (realistic) hunting simulator genre. While I may not have the knowledge to say how realistic this game is, I do think the efforts put into the game does pay off into a good game. There is a good intro for those that have this as their first hunting game while including ways to make it more difficult for those that already have experience and don’t want the UI or Hunter Sense to ruin the realistic atmosphere. The bugs do bring it down, and the pop-ins and model swaps can be distracting, but those looking for a new hunting game will most likely like the approach Way of the Hunter takes.

I’m glad I was given the chance to play Way of the Hunter, even though I also found out the hunting simulator genre isn’t my cup of tea. If you know you already like hunting sims, want more realism, and have a lot of patience (and maybe a lot of podcast episodes to catch up on), Way of the Hunter would be for you. Though, for those that aren’t quite sure, I would maybe suggest taking more time thinking/researching or maybe picking up a different hunting simulator (on the chance you don’t enjoy it and you don’t want to waste as much money).