Checking out some demos from Steam’s June Next Fest.

And we have another Steam Next Fest, with a bunch of demos to try out! Some of them were featured in Summer Games Fest showcases, while a lot are upcoming games. I checked out a handful of them and here are my impressions!

Okay now this became my favorite demo out of the batch that I tried. The only thing I knew going in was that you’ll be going through an interpretation of what it would be like inside a phone. But what I was met with made the game for me as you meet the OS, OS9, which I loved how he was written and found him funny. And from the areas we’ve seen so far, I really like the direction it’s going both in the various areas of the phone and the puzzles. I can’t wait until the full game releases.

It is probably weird that I’m playing the demo for the sequel before playing the first game (and trust me I already have the first game). I don’t have any base to compare this to, but this does seem interesting so far. Basically, you get inheritance from your Uncle and this included lifelong commitment to The Primate Observation Club. From there, you start out with four “cages” which you can observe through a camera, with you having to buy more yourself (and it seems the amount you have determines your ranking in this Club). However, you also have to manage yourself, making sure you feed yourself and get rest. And of course, you have to make sure to work so you have enough money to buy upgrades, cages, food, and your payment that comes around every three days.

It also seems each cage either is just a whatever cage or one that contains a story that you have to “resolve” which seems to be indicated by your notes being closed. There is a set schedule for these cages and while you are bound to miss part of what’s happening in them, it does seem to repeat so you can get the info you need.

Kaichu was okay. You play as a pink kaiju looking for love and there are 6 other kaiju who are as well. You pick out which one you want to date and bring them to a landmark. Once there, you’re asked some questions which are meant to see how compatable you two are going from “OMG we were meant for each other” to “Okay we share some similarities” and “Um no, how can you think that”. And if you answer compatible or OK response you two will destroy the landmark as it seems to be their love language. You don’t know what they like, aside from what they’re looking for from the second date news broadcast, so you have to guess what they’d like (and some are easy based on how they’re designed). The last question is the dealbreaker, which I assume weighs more compared to the questions before, and depending on how you score, you two will kiss or awkwardly look away. Although, all kaiju have the same questions in the same order, with only some words changed to fit more with the kaiju. 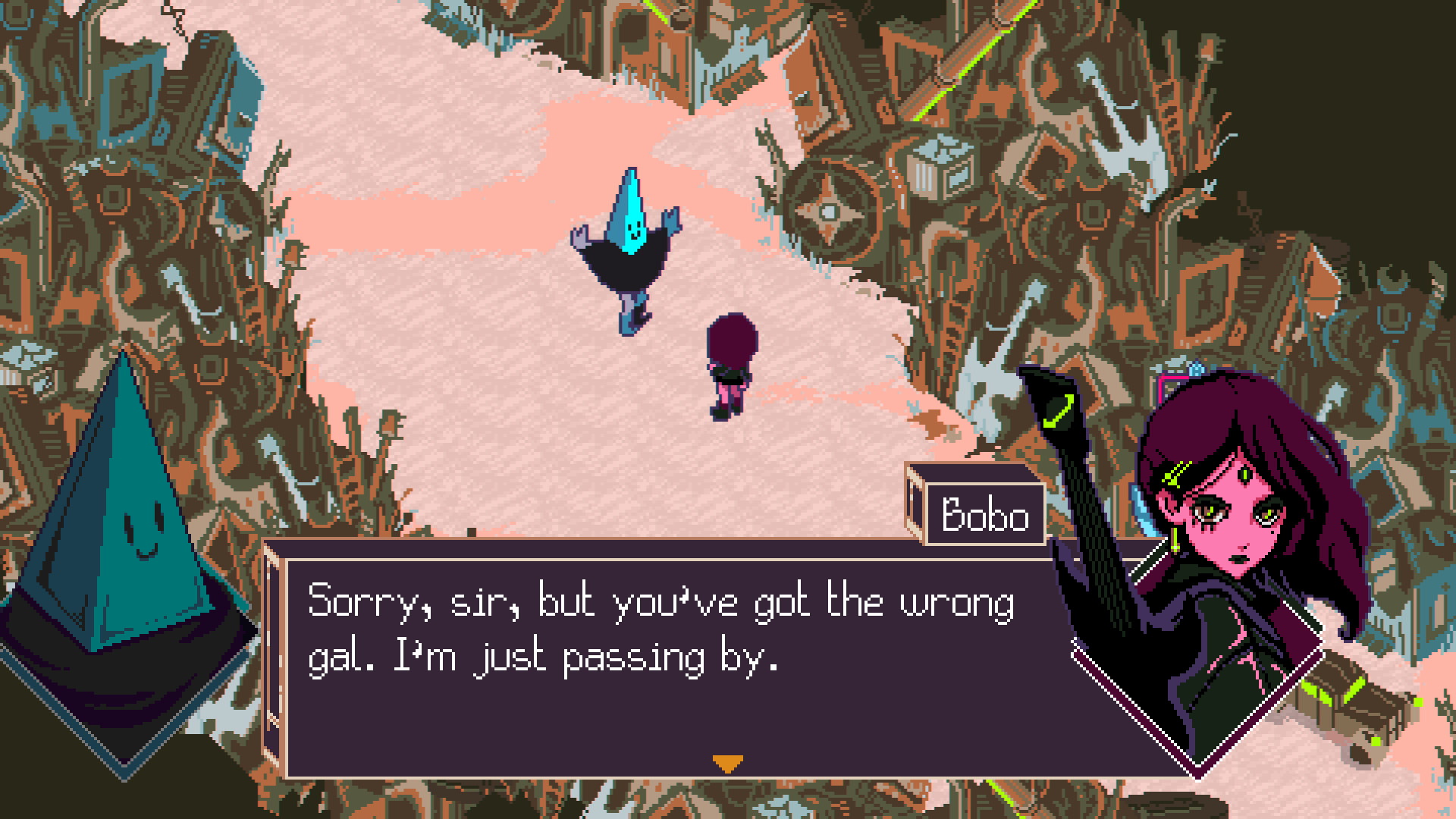 Sadly, I didn’t end up liking Keylocker, and trust me I really wanted to. I like how pretty the character designs are and somewhat on how the story and characters are written, but the combat is pushing me back. I can see how adding the grid system is shaking it up, and I like how you can choose between four different classes for your character to become that will dictate how you fight, but there is just missing that “umph” to it. I also didn’t get my head around the combat, causing me to miss the button press I was supposed to do (and I didn’t have that problem in Virgo). Supposedly your character flashes white to signal you, but I didn’t notice it. I don’t know, looks like I’ll sit this one out.

This is a cool rhythm game. You’ll be pressing a button on beat, but when you do it depends on what’s happening in the level. Sometimes it’s every other beat, every beat, or you’ll have three in one beat. You do get a tutorial level before going in, so you’re not blindsided and you know what to look/hear for. From the levels that were available from the demo, I did like the levels, with my favorite being the Food Dream where flying food boxes throw their food contents at you to eat and the Shopping Dream where you swipe your card to the beat of when the items landed on the shelf. Though, considering you need to have stars to continue on, it is a difficult rhythm game as you really have to get the hang of it or you’ll be trapped in the 1 Star score realm.

It seems like the full game will have 5 Nights (or Levels) so it’ll be interesting to see what the other levels will be.

Saint Maker was the first demo I started out with and it was a good one. From the developers that made The Letter and Love Esquire, their new upcoming game is another horror visual novel centered around religion. You play as Holly Beltran who was sent to do a religious recollection (which I didn’t know what that was, but based on Google it’s when you withdraw from the world to deepen your relationship with God) and it seems mainly because her family (apart from her sister as we see from a flashback) is really religious. You get to meet Sister Adira, who scolds you for having a fantasy book featuring witches, and Gabby who is also there for recollection. However, all is not what it seems as not only are there little clues placed here, but creepy statues creep on Holly at night.

So far, Saint Maker seems like it would be a great visual novel, and successfully scary. This is only the first night Holly is there, but I am absolutely hooked.