There Will Be No Turkey This Christmas Review

Turkey for Christmas dinner? Not this year!

It’s Christmas and we need a Christmas game. Well, here comes a little arcade game set during Christmas called There Will Be No Turkey This Christmas. The framing for this game sounds just like you can guess from the game’s title. You play as a turkey who has yet to be killed, but unlike the other turkeys, you have a chance at escaping. So you jump into a barrel and make a run for it. Funnily enough though, this family does have other turkeys so it’s not like they’d have no turkey. Granted, the turkey you play looks way better. 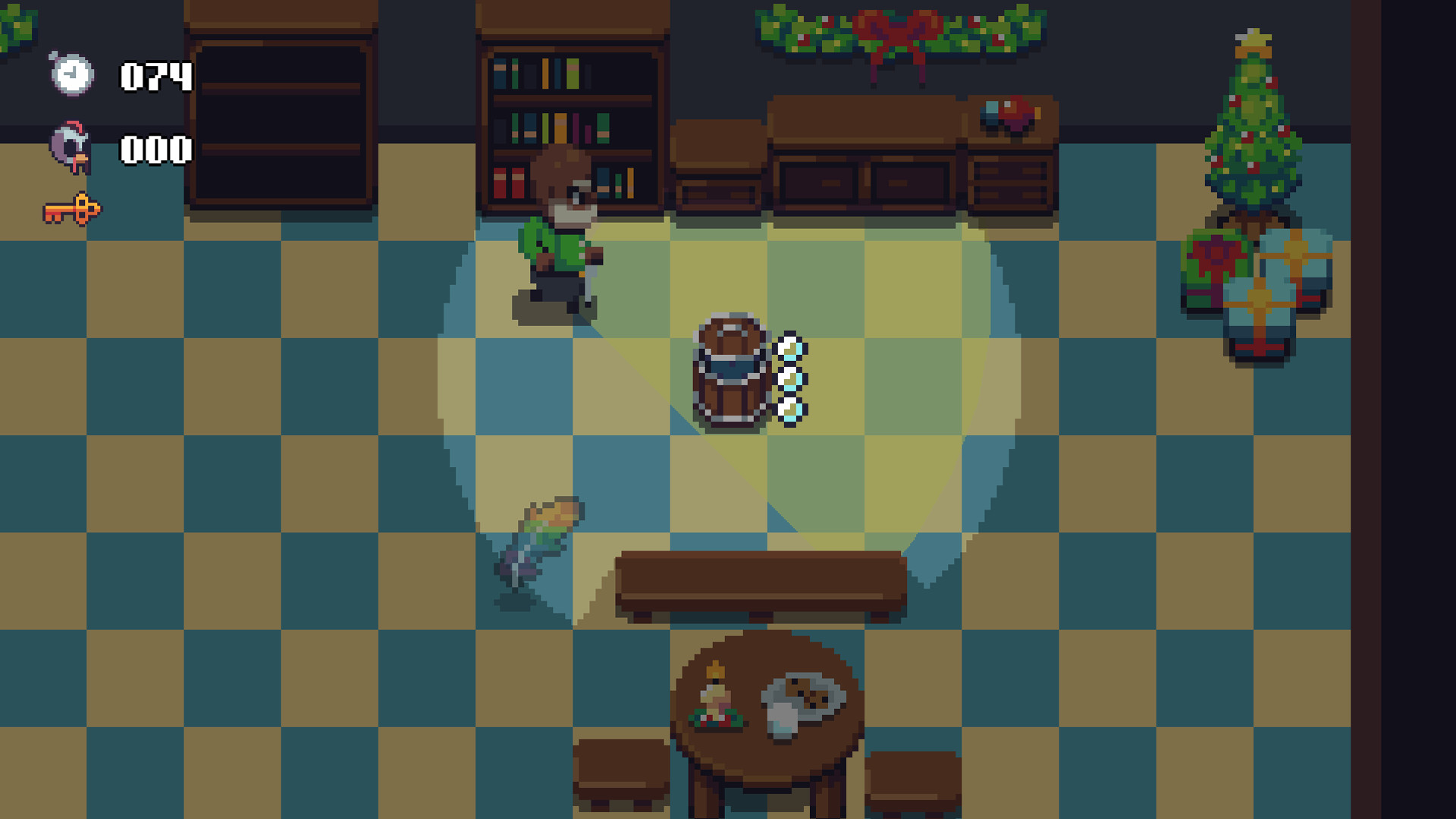 Playing through the various levels is actually pretty easy. There are 5 sets of 6 levels based on the different rooms that a house will usually have and that you’ll be walking around in each level. Of course, you won’t have free reign as the different members of the family that want to eat you is looking for you to walk by. Each of them will patrol in some way with a searchlight showing their line of view. To help you get past them in hallways, you can hide temporarily in the barrel you’re wearing, peeking out to make sure they walk away (there are footsteps you can hear to help you out more as well). Though, you can run away and dodge these guys if your dodging skills are up to it.

The last level of a set will also feature a dog which will follow your scent. It’s best to stay away as if the dog gets to close to you, it will bark and alert any family members that are close, even if you’re hiding in a barrel. 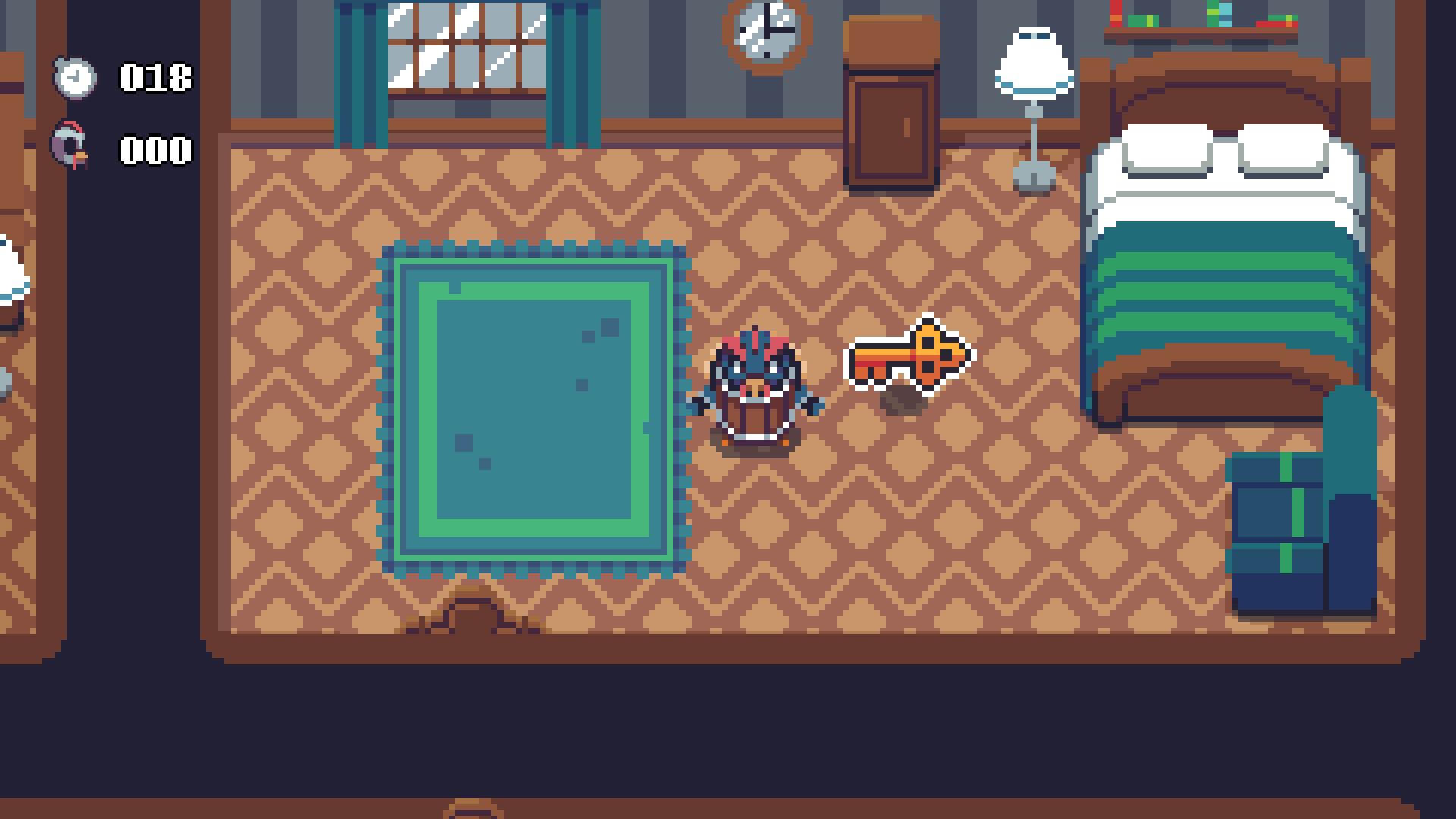 However, you will need to gather some keys to unlock locked doors needed to get to the exit. There are also collectibles you can get in each level as it can either just have a rainbow feather or a rainbow feather and an item like toothpaste or cheese. These can be laying around on the floor by a table or something, but some will be behind optional locked doors or a doorway hidden by a false side drawer leading to a creepy hidden room. Collecting these will not only contribute to your score, but they will also unlock cosmetics for your barrel.

This was fun to play through, and it was cute to boot. While this does become easy once you realize you can run away when you’re spotted, you can make this a bit harder on yourself. Like getting the best score on every level or not getting spotted at all. I did notice some bugs here and there, but there was really only one instance that made it difficult to get past the family member (one that made the search light spin around them so they see everything no matter where they are actually facing), but even then I was able to outrun them.

If you’re in the mood to play an arcade game that looks pretty cute and doesn’t really take too long, There Will Be No Turkey This Christmas can fill in the void of having nothing to do. I certainly played this while my internet was out and while I was originally just going in to play a couple levels, I found myself already in the last set of levels before I stopped to sleep (which I then went back to complete the game once I woke up).