No matter how great you were, most of us has sang before. Whether it was in private so nobody hears, karaoke since everyone will be terrible so embarrassment won’t longer long (well, unless you have friends that can sing well), or if you actually take lessons and in choir or aiming to become a singer. One the gaming front, it was really just limited to it being like karaoke where you’ll sing along the included lyrics and try to fill out the line indicating where your voice should roughly be. The one I had was honestly pretty fun. Though, what will you say if we got a new game that implements singing.

One Hand Clapping starts with you in a strange city shrouded in darkness. Based on the name, Silent City, you can guess this must be because everyone here doesn’t sing (I would say talk, but everyone in this universe seems to communicate by music) for some reason or another. Being a resident here, you have stayed silent until now. Fed up and wanting to belt out your best singing voice, you decide to give it a try on a deserted street. And it feels good. It even lights up the streetlights and powers up platformers that have long since gone out. However, the other shadowy residents are not having it. Before you could get injured, you are saved by a pink, motherly bird.

While these strange sentient shadows will pop up from time to time to try and make your life worse (probably because you weren’t supposed to go off and sing), you’ll mainly be going through the different areas that you’ll be exploring. Each area has its own unique set of puzzles and a character that you’ll make friends with and maybe even help solve a puzzle or two with you.

Of course, traveling through the various bright and colorful places will require some input from your voice. Every time you make a noise with your mouth, whether it be singing or talking, your character in the game will also sing. This is your greatest asset as it will power things around you and even bloom plants around you. Starting out, you really just need to sing, but it soon brings in more. You not only have to sing, but sing in different pitches to help you navigate through the area you’re currently in. Like you’ll be able to make temporary voice bridges where the height and incline/decline of it is dependent on your pitch when you’re drawing it (a low pitch has it at the lowest point and as you go up in pitch, the higher the bridge will be/go). Or even get your pitch so a flower blooms. Once you get used to it, they will then be used as a puzzle element like using the voice bridge to press switches that are required to open doors or knocking off fruit from trees.

And of course, as you continue through the game, it becomes more complicated as you’ll need to think a bit to figure out what you need to do and figure out your timing (both in when to change your pitch and your movement) so you can platform your way to the end of that puzzle successfully.

Though, for those of us that aren’t that great at singing, One Hand Clapping may end up being difficult. I certainly had my own difficulties while playing as it seems I have difficulty matching my pitch with the pitch that is needed for me to continue, especially the karaoke-like puzzle moments. Thankfully, there are settings to try and rectify this. If you find yourself not being able to match the default pitches, you can adjust your range yourself. Granted, you can still struggle, but you can try to find the range that works for you. You can also determine how sensitive the game is to your microphone, so if you notice background noise being picked up and ruining your puzzle solving, you can make sure it won’t pick it up. If you find yourself having trouble with puzzles that require you to match pitches, there is also an option to auto-solve your current puzzle so you can move on rather than just being stuck there. 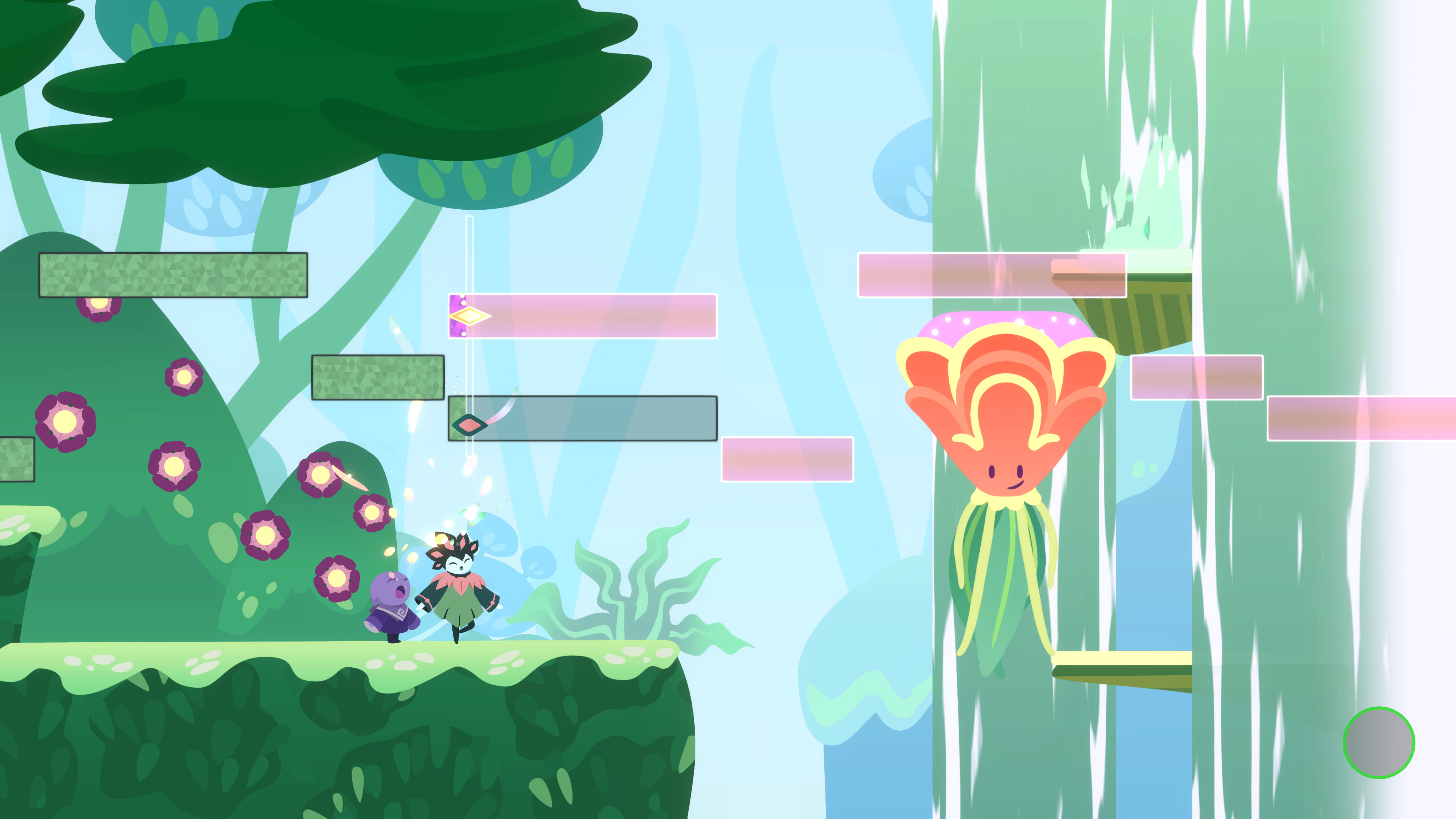 One Hand Clapping is a pretty cool game. It’s certainly an interesting idea having puzzles and platforming centered around you singing and the developers really surprised me with the variety of puzzles. I probably won’t recommend this to those who don’t really sing and/or can’t really tell voice pitches and can’t really match it as you’ll probably get annoyed and frustrated at getting stuck at certain puzzles. I will definitely recommend this to singers and/or those that know their vocal ranges and how to achieve pitches that this game may require you to hit though, as this does seem like a good way to train while having some fun.