Time to get my pong on

Ah ping pong. While I’m not able to play it anymore, at least in real life, I enjoyed it. I was a kid that was in an after school program before a big move, and in middle school we were all in this huge room (and I’m not talking about the cafeteria, that’s elementary school). It had some consoles on one wall, with everywhere else empty for anything you wanted to do and a ping pong table that we could unfold if there were people willing to play. And well, that was mostly every day. Not to brag, but I got pretty good. After all, who wants to chase after the ball after missing it?

And since I enjoy ping pong and rhythm games, it’s only natural I wanted to pick up Lofi Ping Pong. I was actually going to get it on Switch, after finding it in upcoming during the Holiday sale, but I found out it was released on Steam and I just didn’t want to wait. So here we are. 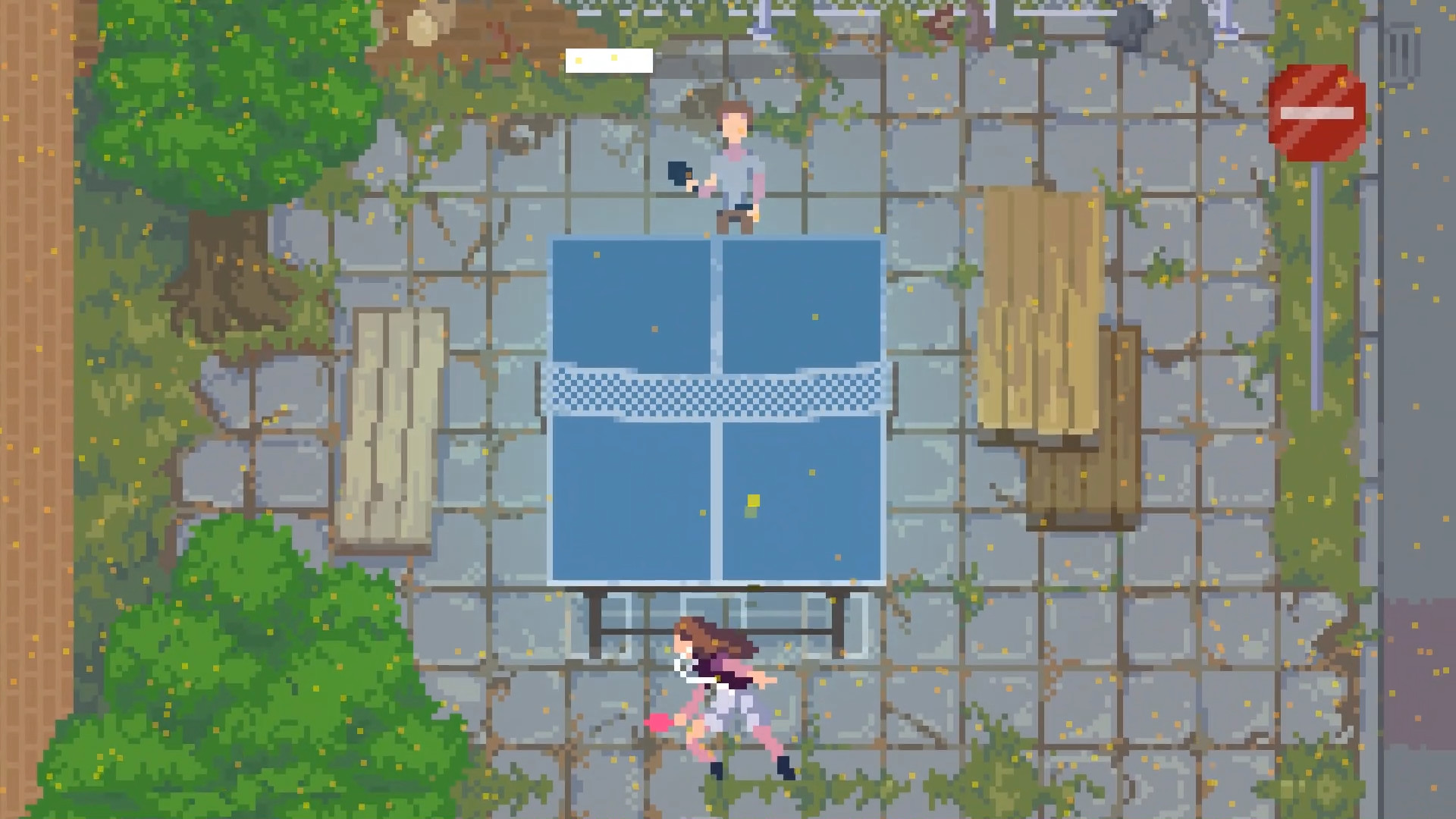 Lofi Ping Pong is pretty simple to play. All you need to do is hit the ball back to who you’re playing against. This is a three button rhythm game using the left, right, and up arrow keys, which correspond with their respective side on the ping pong table. When the song starts, your opponent will start the rally. One the ball gets to the box below the table, it’s time to click the arrow button that corresponds with it. Unlock other rhythm games, the ball is set to decide where it’s going to go randomly rather it being set, along with where the ball will be launched when you hit it (though, that’s not that important). Keeping up a rally really feels nice and rewarding, and surprisingly goes well with the Lofi music that’s being highlighted here.

However, if you miss one, it is an automatic failure. Though, there isn’t much downtime giving you only 3 seconds to compose yourself before the song starts over again as the rally starts over. Considering that you’ll most likely miss a lot of hits, this was needed and helps in installing that “just one more try” mentality. 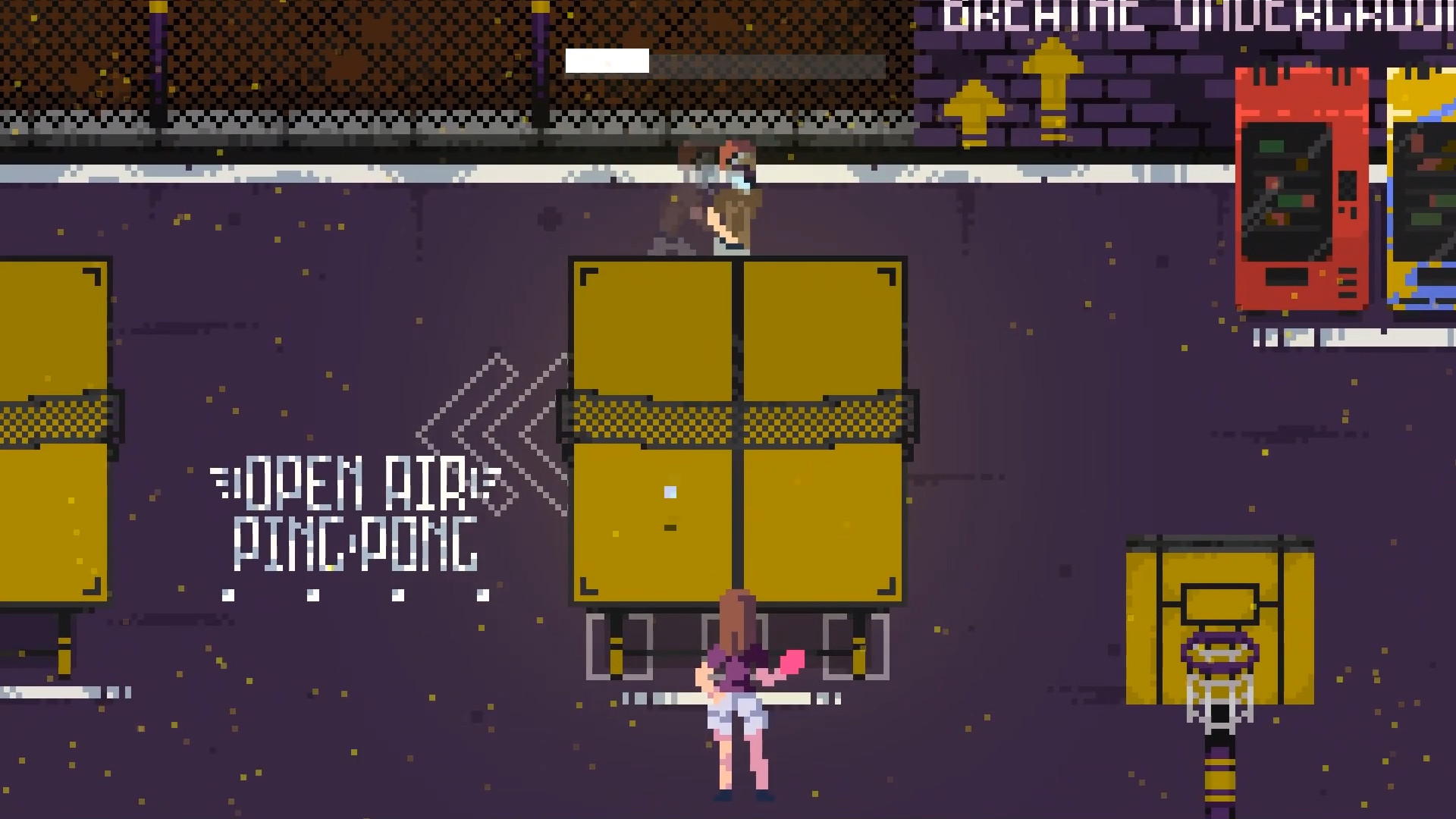 While just doing regular ping pong may seem like it’ll get boring after a while, there is some shake ups. There are 5 chapters, featuring 3 songs each. Once you get out of the first song, the other chapters will add different gimmicks that you’ll have to pay attention to. From having a double ball rally, having the ball change direction as it crosses to your side (called wind, and you do get a heads up), darkening your opponents side so you can’t see the ball until it crosses to your side again, and hiding the boxes that help with timing.

There is a story here as well. Your character is going through something and at the beginning of each chapter, you get a text, which a strange animal head will repeat. And as you’re going between songs in the level, you’ll get a little snippet of text. This all gives you enough information to decipher what might be going on, with the ending bringing in a twist that I personally did not expect. 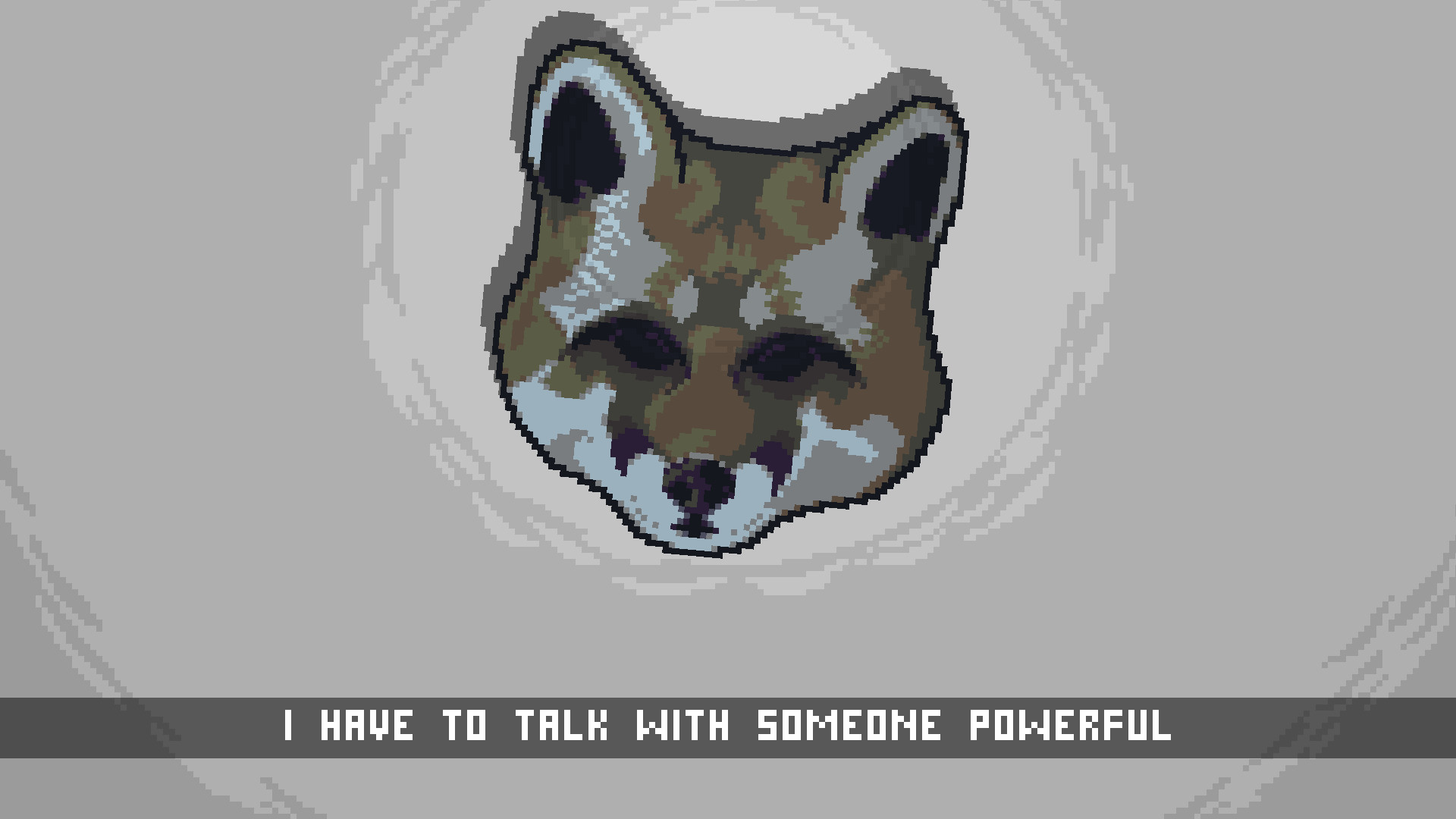 Once you finish all chapters, which doesn’t take that long, you can go to free play mode with features 25 songs, the option to play split screen with a friend, and pick what modification you want. This does have an extra choice with three balls, where every so often, you’re opponent will hit two extra decoy balls. You can even add in your own songs (it only accepts .ogg files) if you so wish.

I would say my one complaint is that you have an instant failure if you miss one ball, but I did learn that after the first chapter, you can enable No Fail Mode by going left in the train station menu. Though, I do recommend trying out the level before doing this. This way, you can get the challenge this game is supposed to present and maybe find yourself persevering. If you just can’t get past it, for me it was all Chapter 4 levels, enable it.

Lofi Ping Pong is also available on Switch and mobile devices, which this feels like it will be at home at. Not only will you be listening to some Lofi songs, but doing some rhythm ping pong action as you wait to pass the time.

Despite some frustration I had at constantly failing before finding out there was a No Fail Mode I could activate, Lofi Ping Pong is an enjoyable rhythm game that also presents you with a good challenge of keeping up a rally despite any gameplay modifications it throws at you. For anyone that’s a fan of rhythm games, and don’t mind the ping pong aspect, I recommend checking this out if you haven’t already picked it up.